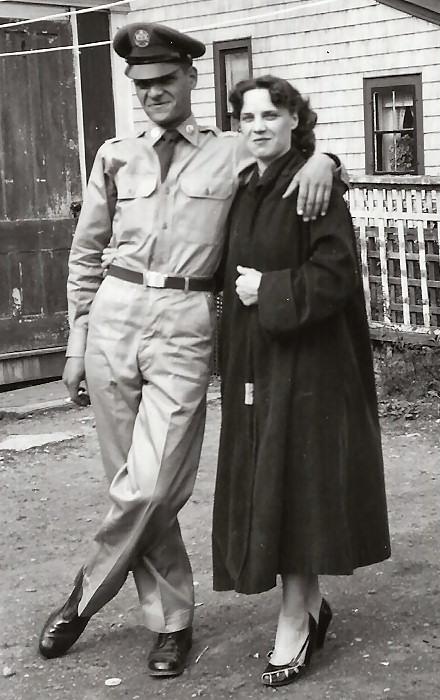 Geneva with her son Joe in Watertown, circa 1954

Born late summer 1914 in Clayton, New York, Geneva was the ninth child of Samuel Denny and Salina Amo. She attended St. Mary's Catholic School and in 1934 married Joseph Siragusa at a ceremony in Sackets Harbor.

The newly married couple lived on Arsenal Street in Watertown and by 1946 their family had grown to five children -- Charles, Joseph, Patricia, Nancy and Ben.

She loved to recount stories of her childhood, river guide father, numerous siblings and travel adventures around the country. Geneva was perhaps most proud of her many grandchildren and their accomplishments. She was a great keeper of personal momentos and if you ever had a question about something as simple as your favorite childhood food, she would most certainly have the answer...and quite possibly a clipping from the top of your first cereal box!

Geneva's baptism record from the archives of St. Mary's Church in Clayton. Born on the 7th of September 1914, baptized on Sunday the 13th. As with most of the St. Mary's records, the French spelling of Denis was used in place of Denny.

A five year old Geneva Denny appears in the 1920 U.S. Census along with her parents and 8 other siblings. The family is living on Rees Street in Clayon, less than a block from the St. Lawrence River.

Two weeks after her 20th birthday, Geneva married Joseph Siragusa in a ceremony at Sackets Harbor. When viewing the full record, note that Joseph's year of birth is modified from 1915 to 1912. 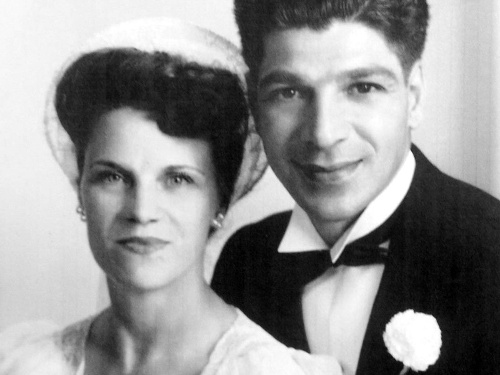 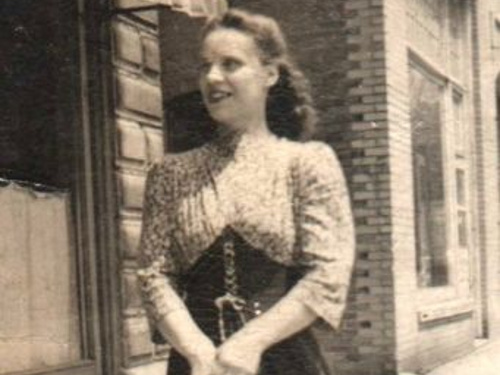 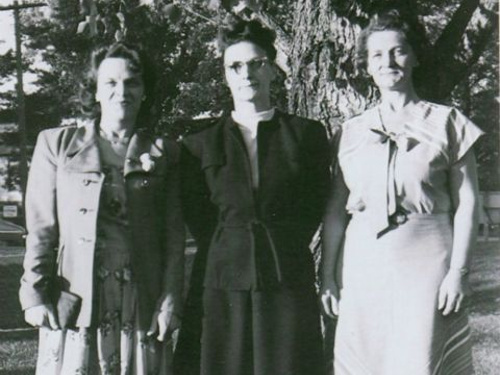