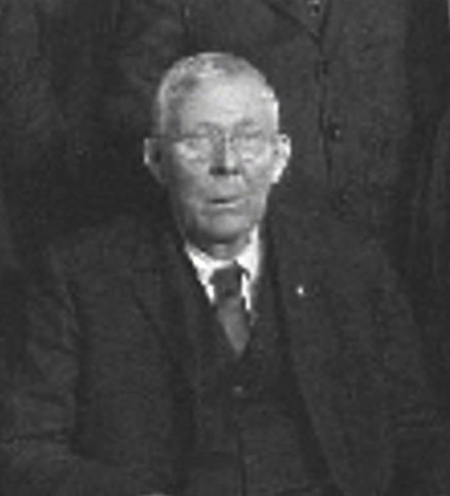 Nathaniel Slate was born in the decade prior to the Civil War, the third child of Peter Slate and Chloe Coffee. He grew up in Clayton, NY, spent time in Carthage and would eventually settle in the St. Lawrence county village of Hammond. He worked as a laborer before spending 20 years with the Postal Service, delivering mail from the rail station to the Hammond Post Office.

He married Loretta Card, daughter of Silas Card and Mary Warner, in 1872* at Carthage, New York. They were married for more than 50 years and had four sons -- Albert, Raymond, Emory and Herbert.

When Nathaniel died in 1932, he was recognized as a "prominent" resident of Hammond and word of his passing was literally front page news. He is buried at Fineview Cemetery in Hammond with his wife Loretta.

The (poor quality) photo on the right is the only one I have of Nathaniel. It is from a larger family portrait, likely taken sometime in the mid 1920s.

Here is a timeline of significant events and documents through his lifetime:

In the New York State Census of 1865, we find 8 year old Nathaniel living with his parents and siblings in Clayton. Similar listings can also be found in 1870 and 1875.

It is believed that Nathaniel and Loretta were married in West Carthage, New York on February 3, 1872. The date is referenced in a Hammond Advertiser newspaper article from February 8, 1922 regarding their golden anniversary as well as in Loretta's obituary. No official documents have been found to support this marriage year and the 1875 census show them living separately with their own families and no indication of marriage. While not conclusive, it is conflicting and worthy of noting.

Nathaniel and Loretta (Retty) are living with the Percy family in Cape Vincent at the time of the 1880 Federal Census. Their connection to the Percys is unclear at this point.

By 1900, Nathaniel and Loretta have relocated to Hammond in St. Lawrence County with three of their sons -- Albert, Raymond and Herbert. Son Emory is curiously missing from this census, although is back with the family in 1905.

There's also another (unsubstaniated) clue here to the year of their wedding as they indicate 22 years of marriage in column 10 (1878 vs. 1872).

In 1910, Nathaniel and "Rettie" are empty-nesters living on St. Lawrence Avenue in Hammond. Nathaniel lists his occupation as a driver for a doctor and they are consistent with the last census on their number of years married (now 32). Some of Loretta's answer differ from 10 years ago -- she says her year of immigration was 1878 vs. 1879 and in this census she indicates that both of her parents were born in England rather than Canada. (In 1920, she makes another modification saying she was born in New York -- with no mention of Canada at all.)

1930 is the final census in which Nathaniel appears before his death. Loretta passed away the year prior and at this time he is living with his son Bert's (Albert) family on Academy Street in Hammond.

On the 19th of April 1932 Nathaniel Slate died at the home of his eldest son Bert. He was recognized as a "prominent" resident of the town who served as a mail carrier for 20 years and left behind a large family. He is buried at Fineview Cemetery in Hammond with his wife Loretta. 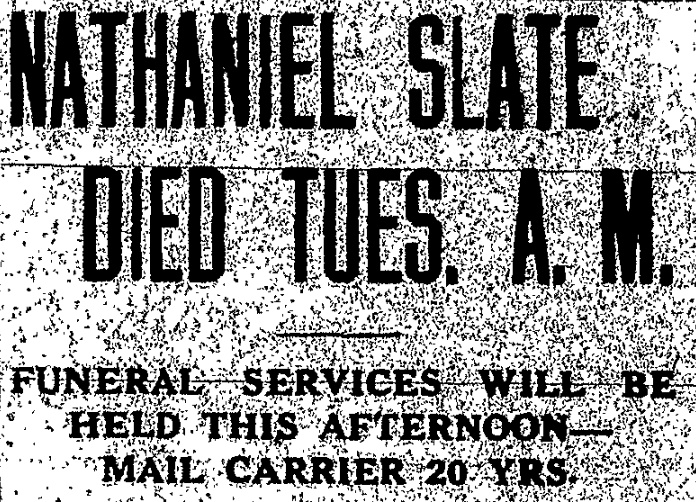 * The 1872 date for Nathaniel and Loretta's marriage has not been proven with any official documents (and it's quite possible that none may exist). The year comes from a newspaper account of their golden anniversary in 1922. There is conflicting evidence from the 1875 New York Census, which shows both of them living with their own families and no indication of marriage. If Loretta's 1858 birth year is correct, she would have been 14 at the time of the marriage. 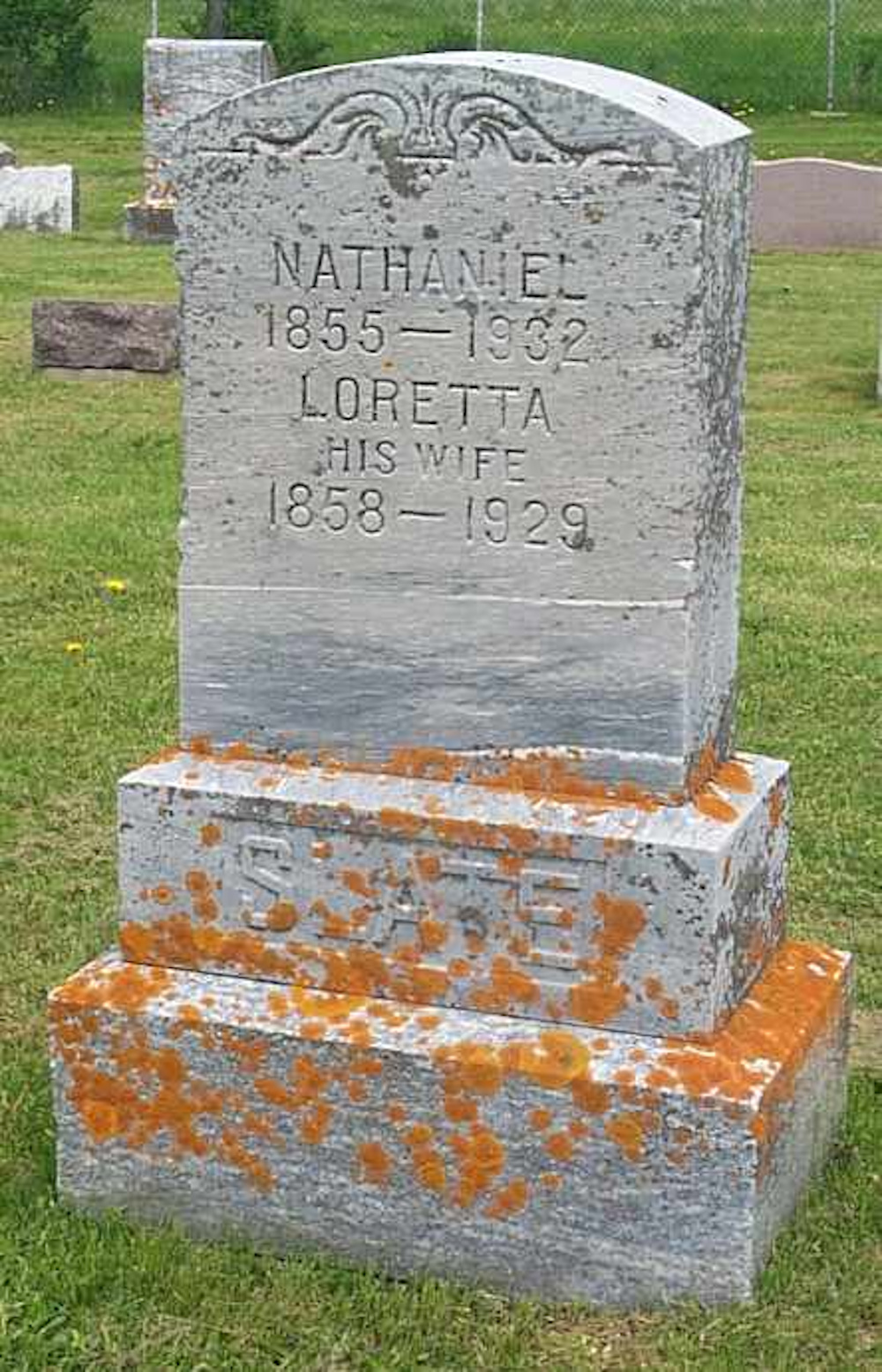