Denis Veronneau was the first in this line of my ancestry to set foot in North America. He was born to Louis Veronneau and Perrine Bary in Bournezeau, France around 1643 and committed to emigrate to New France as a young contract worker (engagé) in 1661 (his actual arrival date in Quebec has not yet been found).

Upon his arrival, he lived in Trois-Rivieres, about half way between Montreal and Quebec City before eventually moving to Boucherville (near Montreal) around 1668. Married twice, he had at least nine children, and lived into his eighties.

1661: Denis signs a contract on June 17 for employment in New France. 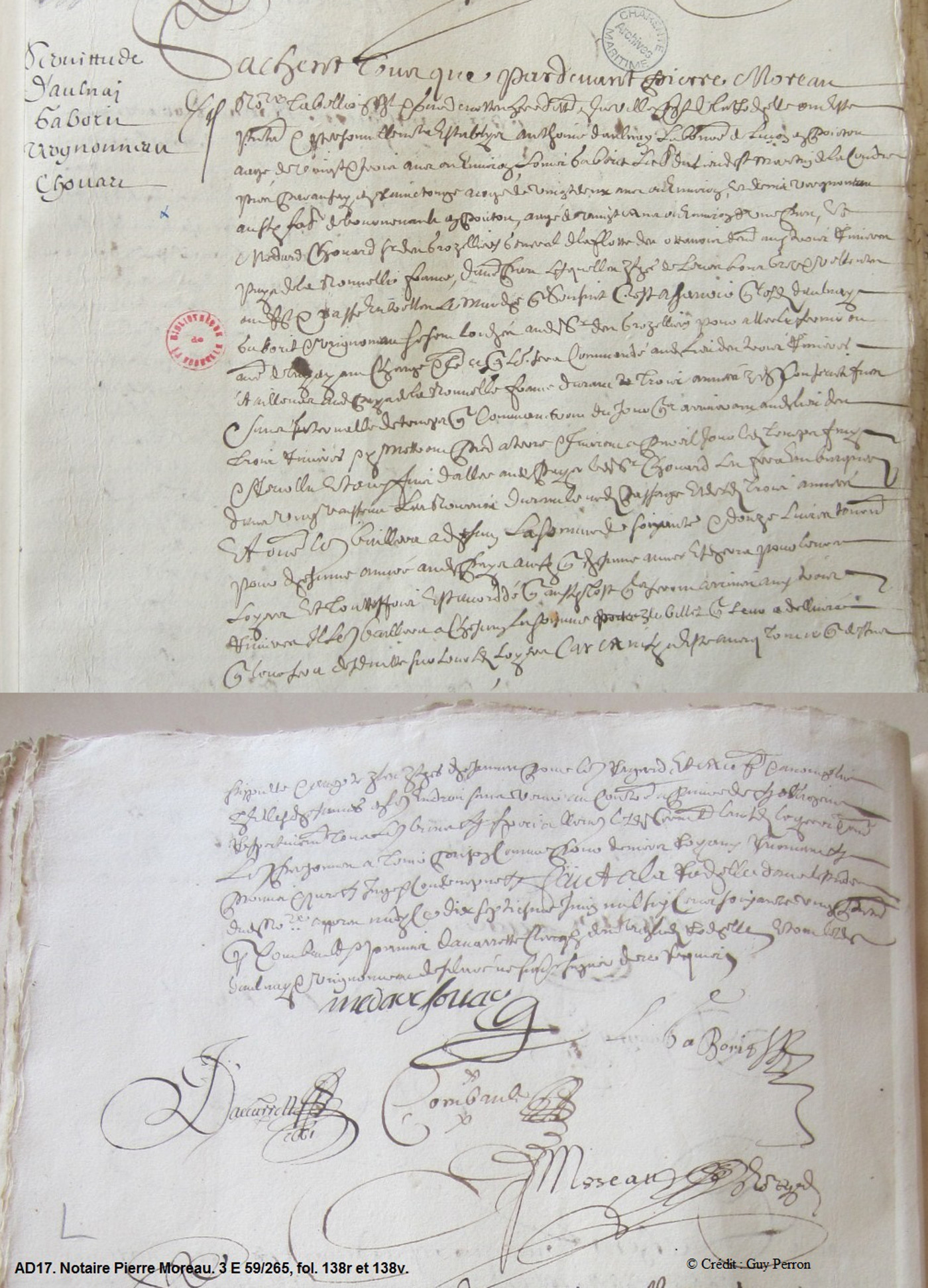 1661 contract of Denis Veronneau for empolyment in New France

1666: Denis Veronneau (spelled in this census record as Verignonneau), age 25, living in Trois-Rivieres. 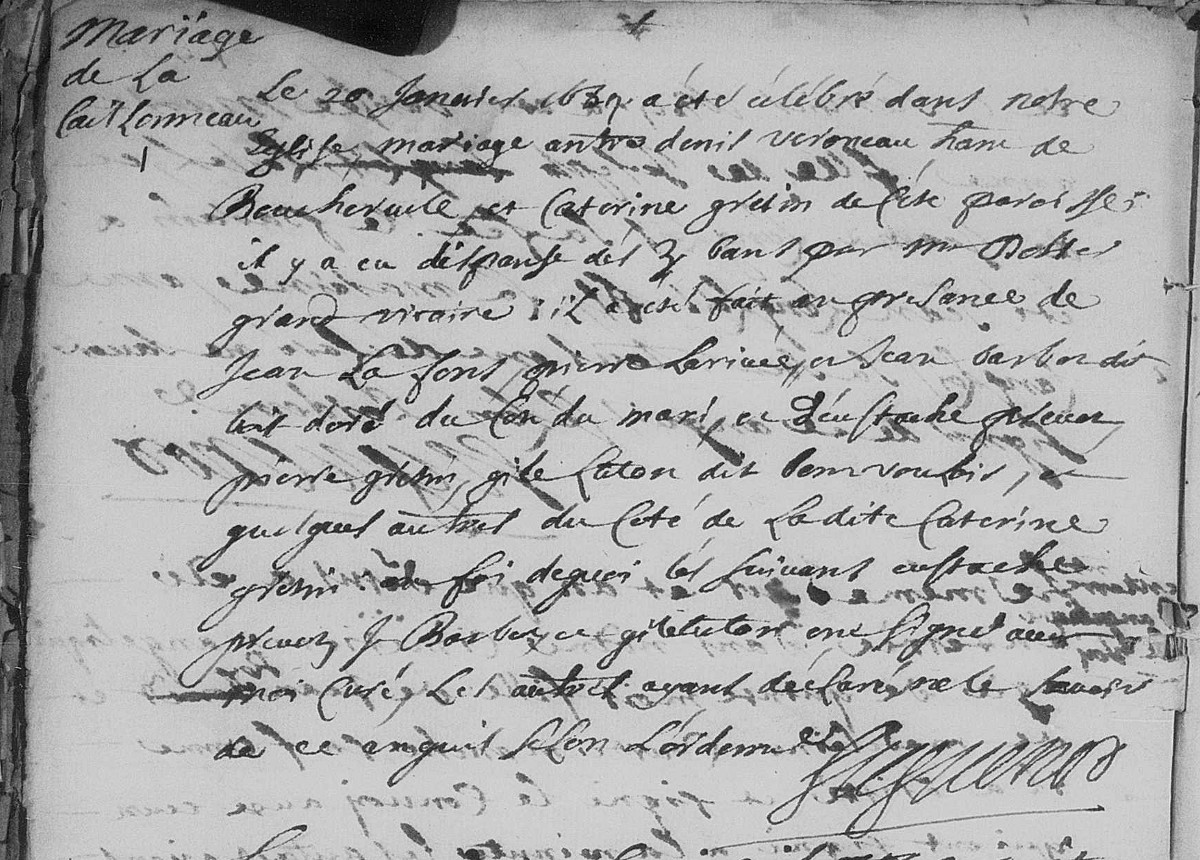 1730: Denis Veronneau dies in Boucherville at the age of "approximately" 82.

Research in Quebec: There has been a great undertaking of genealogical work done in Quebec over the last few decades. A program started at the University of Montreal in the 1960s has indexed virtually all of the parish records in the province to reconstruct the families of European descent that lived in the St. Lawrence Valley in the seventeenth and eighteenth centuries. Learn more about the PRDH

With the basic information contained within these files, you can search the original records to find the primary source material (as seen above) to document your family's history. Below is an entry for Denis Veronneau from the Dictionnaire g&eacuten&eacutealogique des familles du Qu&eacutebec by René Jetté: 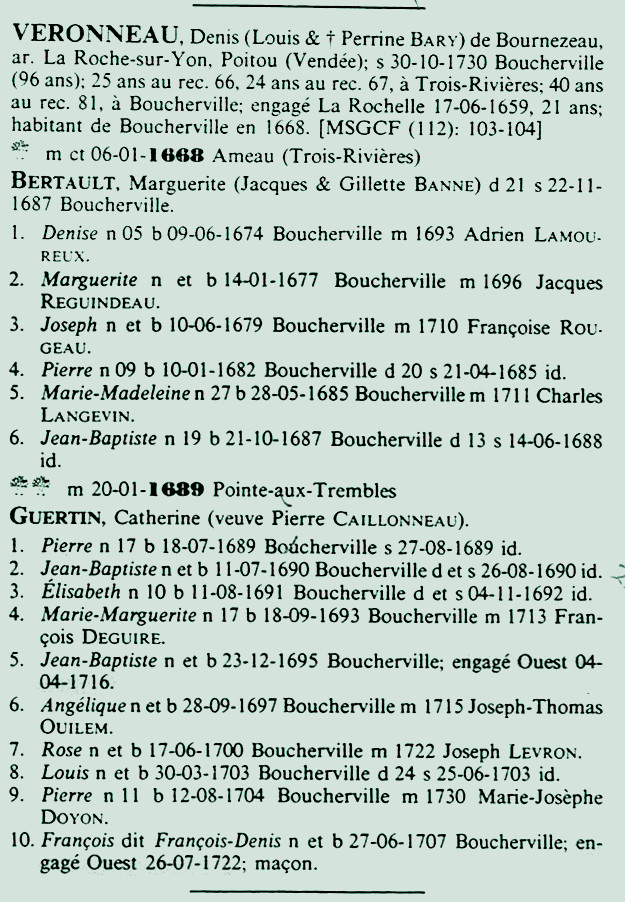