Born in Vermont (likely Dorset) in the spring of 1775, Solomon's family would eventually settle in Galway, New York, not far from Saratoga Springs. It was there that he met, married and started a family with Sylvia Dean. Solomon, Sylvia and family relocated to Jefferson County around 1824, where they would both spend the rest of their lives.

Timeline of events and documents:

Solomon Slate was born in April 1775 in Vermont (likely Dorset in Bennington county). His parents are believed to be Ebenezer Slate and Susannah Smith.

By 1810, Solomon and family are living in Edinburg, Saratoga County (about 20 miles north of Galway). Looking at this record, you can see how easily "Slate" could be misindexed as "State".

Solomon was active in politics of the day and is listed in this newspaper notice as a member of the election committee for Federal Republican candidates in Edinburg.

Solomon Slate and faily, still living in Edinburg, 1820. Notice the "Sleight" spelling on this document and many of the same neighbors as 1810: Graves, Sumner, Beacher, Scott, etc.

Around 1824 (according to Child's Gazetteer), the Slate family relocated to Jefferson County and at the time of the 1830 census are living in town of Pamelia, just north of Watertown. It is unknown why they moved from Edinburg. Once again, the "Sleight" spelling appears on this document.

At the age of 56, Solomon Slate died on March 16, 1832 in Pamelia and was buried at Sandy Loam Cemetery in Calcium. His estate was settled in this probate record dated May 7, 1832.

A Slate family sketch appears in the 1890 Child's Gazetteer of Jefferson County. Some of the information (such as Solomon's death in 1833) is inaccurate, but it does provide essential clues where no other sources can be found. 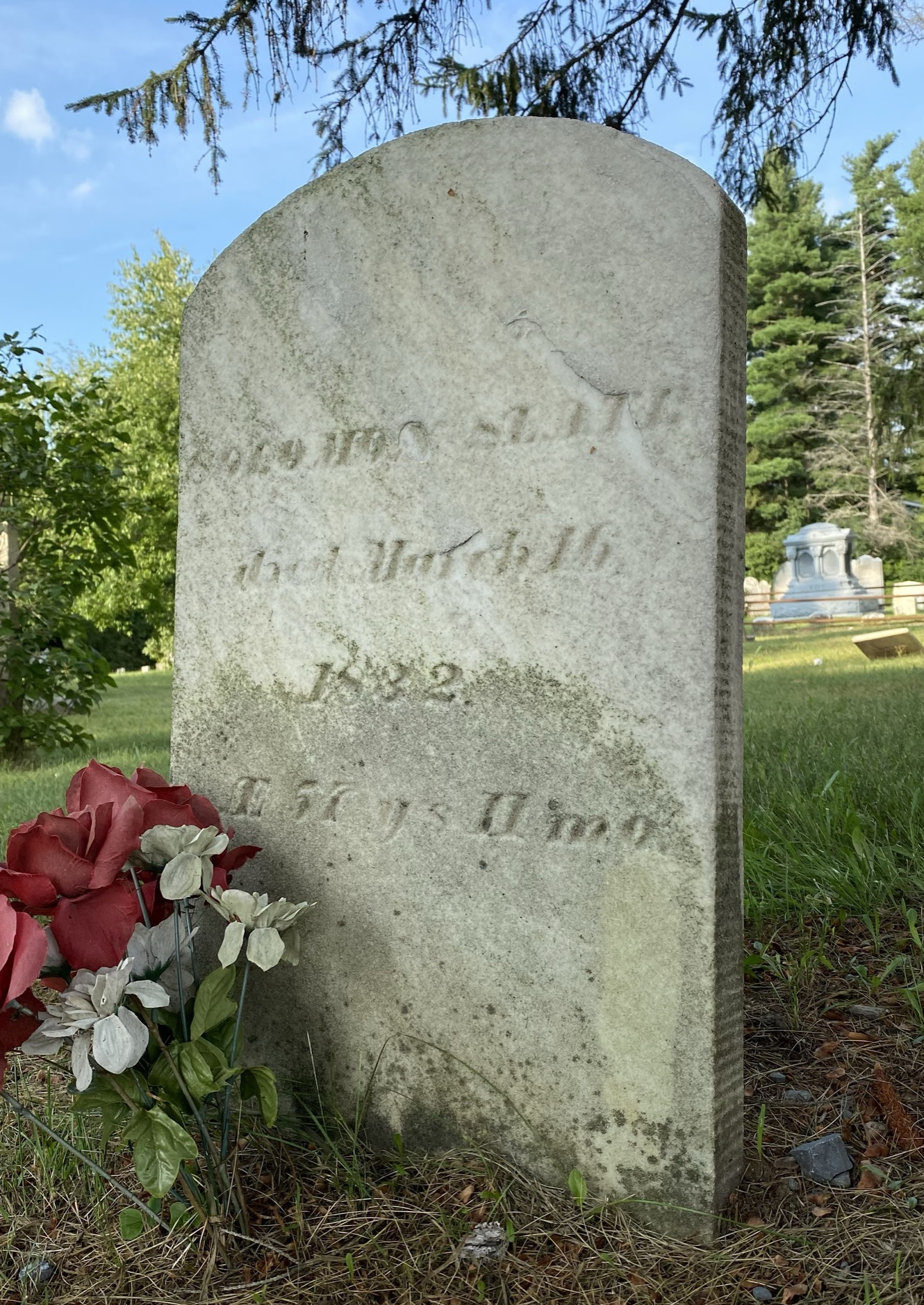